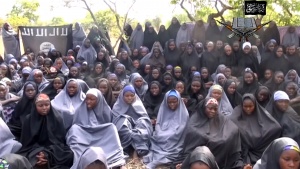 Nigeria is a towering presence in Africa: one in every five Africans is a Nigerian; its economy is the largest on the continent. Nigeria is also one of the world’s major oil producers and is usually identified as a middle-income country. Yet the majority of Nigerians have benefitted little from the country’s vast oil wealth and the country is sometimes seen as a „failing state.“

Michael Watts‚ lecture focuses on two home-grown insurgencies: Boko Haram, a radical Islamist movement located in the dry and arid northern Muslim heartlands, and the Movement for the Emancipation of the Niger Delta (MEND), arising from the largely Christian oil-fields of the southeastern rainforests. Each insurgency, Watts argues, arose from common failures of state, civic, customary and religious authority, and from the material, political, and economic insecurities produced by the failure of national secular development.

This website uses cookies to improve your experience while you navigate through the website. Out of these, the cookies that are categorized as necessary are stored on your browser as they are essential for the working of basic functionalities of the website. We also use third-party cookies that help us analyze and understand how you use this website. These cookies will be stored in your browser only with your consent. You also have the option to opt-out of these cookies. But opting out of some of these cookies may affect your browsing experience.
Notwendig immer aktiv

Any cookies that may not be particularly necessary for the website to function and is used specifically to collect user personal data via analytics, ads, other embedded contents are termed as non-necessary cookies. It is mandatory to procure user consent prior to running these cookies on your website.